Facts About Dipping and Chewing Tobacco

What Is Smokeless Tobacco?

Most people chew or suck (dip) the tobacco in their mouth and spit out the tobacco juices that build up. There’s also “spitless” smokeless tobacco.

There are two main types of smokeless tobacco products:

Are Chew and Dip Addictive?

Yes. Both dip and chewing tobacco contain nicotine, which is addictive. People who use smokeless tobacco and people who smoke have similar levels of nicotine in their blood.

With smokeless tobacco, nicotine is absorbed through the mouth and gets into the blood. Then it goes to the brain.

Even after people take tobacco out of their mouths, nicotine is still being absorbed into their blood. Research shows that nicotine stays in the blood longer for people who use smokeless tobacco than for people who smoke.

Are Chew and Dip Harmful?

Yes—there are many harmful health effects of chewing tobacco and dip, including:

How Much Do Chew and Dip Cost?

Smokeless tobacco is expensive, and the cost adds up! Each can of dip costs an average of $3. Someone who uses two cans a week could spend about $300 a year. Using a can per day could cost almost $1,100 a year.

Chewing tobacco costs about $2 a pouch. Someone who uses a pouch every day could spend over $700 a year.

Quitting smokeless tobacco is a lot like quitting smoking, but there are some differences. Get tips to help you quit chewing or dipping tobacco. 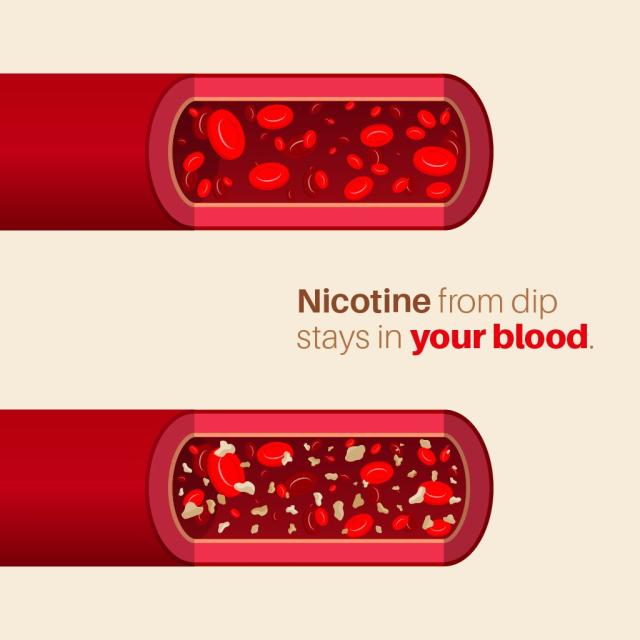 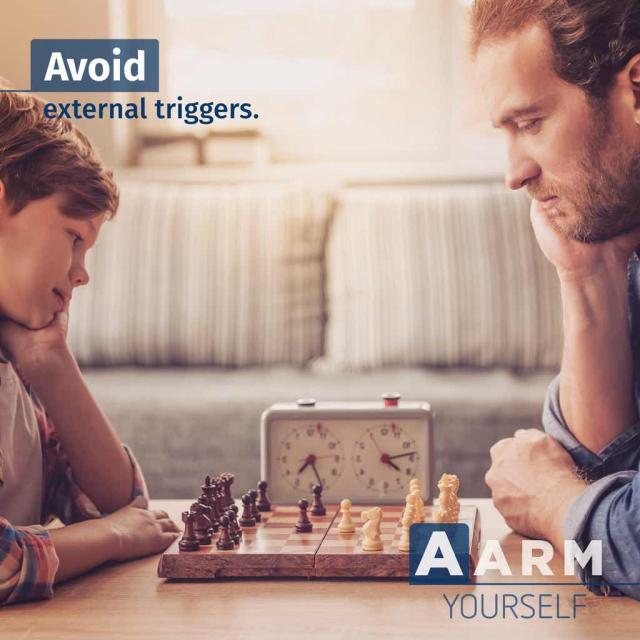 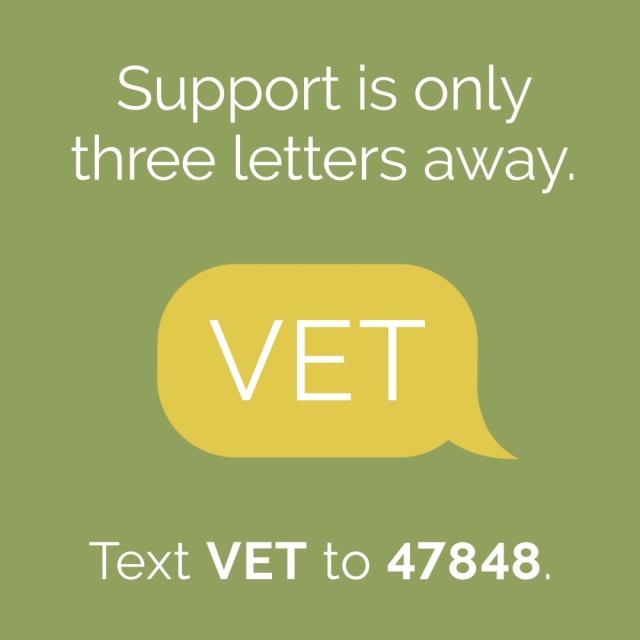 Fact: Dip has more nicotine than cigarettes, and the nicotine in dip stays in your blood longer than nicotine from smoking.

The SmokefreeVET texting program can be a source of support for you during your quit.

How to Quit Dipping or Chewing Tobacco

Make a plan to quit and learn how to deal with challenges of quitting smokeless tobacco.

Manage the Challenges of Quitting

Understand why you feel like you need to smoke. Find ways to avoid triggers and deal with withdrawal and cravings.

Get Help from Medications

Medications can double your chances of quitting for good. Learn about the different options available.

Smoking and the Management of Chronic Health Conditions